The two stray dogs that people praised for stopping a teen mugger in Queens, as he tried to steal a woman’s purse, were euthanized on Friday, according to a report from the New York City’s Health Department spokesperson Julien Martinez.

According to the New York Post, on February 7, the delinquent 15-year-old followed a woman who got off an MTA bus in Springfield Gardens. When she sat down on a nearby bench and placed her purse by her side, the teen snatched it and ran off. In the age old tradition of “what goes around comes around” however, as the kid was escaping, two stray dogs – one German shepherd and a pit bull type breed had been in the park and chased the teen subduing him easily. The dogs then began to bite him. Police had to use pepper-spray and batons to get the dogs off the kid, and later used tranquilizer darts when the dog tried to attack the teen again. The teen was treated at the hospital for dog bites and later released.

The dogs were turned over to Animal Care Centers of New York City to their East Harlem facility. Originally sources stated the dogs had been turned over to the ASPCA in Manhattan. Even police officers from the 105th precinct reached out to help the dogs and get them released to a rescue group who could help them.

“The dogs deserved a second chance because of how they helped out,” cited one police officer. “It just doesn’t seem like justice was served for these dogs.”

And a New Jersey animal lover, George Petruncio, tried his best to adopt the dogs, but the Department of Health made the final decision- deeming the dogs “too aggressive” and refused Petruncio’s repeated requests to grant him custody of the dogs.

“They never gave the dogs a chance,” Petruncio told The Post. “They did a good thing and this is how you repay them? It’s garbage.”

The juvenile has been charged with petit larceny and has since been released to his parents.

Rest in peace Salem and Spunky. Sometimes justice isn’t justice at all. What do you think about this decision from the Department of Health? Feel free to weigh in.

(Photos for teen mugger in Queens via Getty images) 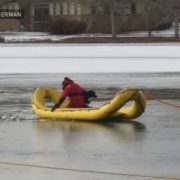 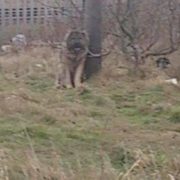 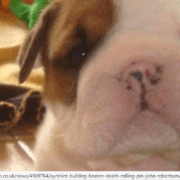 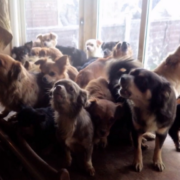 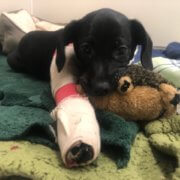 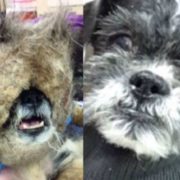 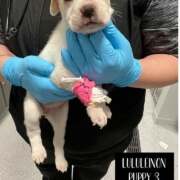