You are here: Home1 / News2 / animal cruelty3 / Neighbor shot the cat ‘because it looked at him like he owned the... 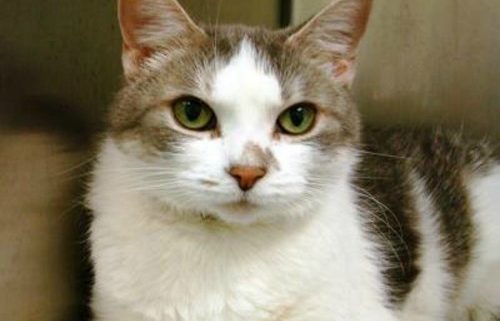 An Ormond Beach, Florida man may face animal cruelty charges after shooting and paralyzing a neighbor’s cat “because it looked at him like he owned the place.” The man claimed he shot the cat because it was defecating in his yard, and he simply wanted the animal out of there.

According to Click Orlando, the cat belonged to Hung Nguyen, 60, who lives at the Pinewood Trailer Park. Other residents there are now mourning the death of the cat saying it was the “most saddest thing to see a little animal, literally tears running down its face.” Neighbor Heidi Hatheway pulled the mortally injured cat out from underneath the trailer; the cat was later euthanized.

Still unidentified by authorities to media, the 69-year-old man admitted he shot the cat, but it was a poor judgment call, even though he said “it looked at him like he owned the place” before relieving himself on his property. “….All I wanted to do was get it out in front of my walkway, stop pooping. For the flies and the smell is just horrendous,” he stated. The man stated he had no idea the cat belonged to someone and admitted to shooting at cats in the past, but had always missed. The elderly man has several health issues and is afraid if he gets arrested, his disability benefits will stop, and he will become homeless.  Neighbors, however question if the man is such a poor shot, could it be a resident who is killed next?

An investigation is underway, and it will be the decision of the state attorney general as to whether there is sufficient evidence to charge the man with felony animal cruelty.

Rest in peace little kitty. We are sorry humans failed you. (Photo of neighbor who shot the cat because it looked at him screenshot Click Orlando) 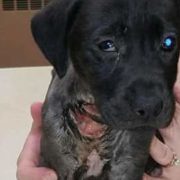 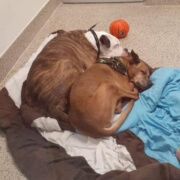 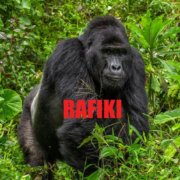 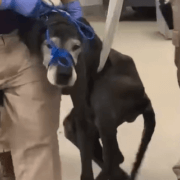 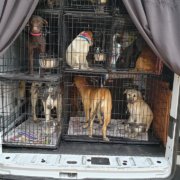 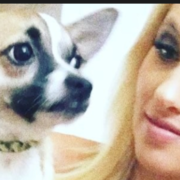 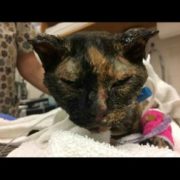