Meet Lulu, an adorable black Labrador retriever who has been fired by the CIA. Lulu was supposed to be a bomb-sniffing canine, but she repeatedly let her handlers know that she just wasn’t interested in the work that she was being trained for.

The CIA has been keeping Twitter followers apprised of Lulu’s situation: 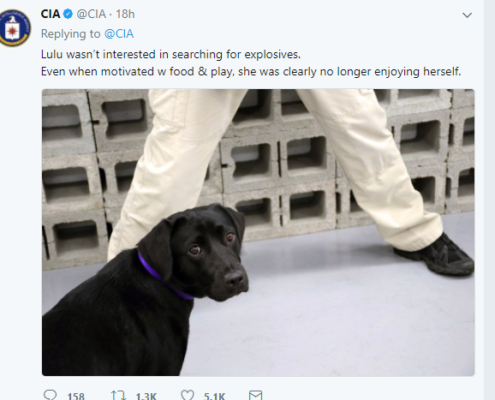 Noting that the trainers wanted what was best for Lulu – and sniffing for explosives just wasn’t it. In a pupdate news release, the CIA explained,  “for some dogs, like Lulu, it becomes clear that the issue isn’t temporary. Instead, this just isn’t the job they are meant for. Lulu was no longer interested in searching for explosives.” 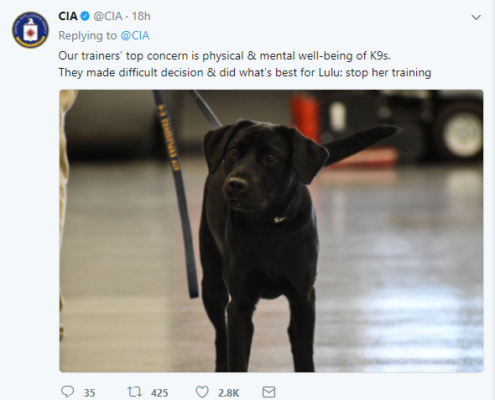 Have no worries, Lulu may no longer be in her CIA training program, but she is going to be just fine. Her handler has adopted her and she is now for critters instead of bombs. The CIA stated, “Lulu was a adopted by her loving handler, who had the chance to work with her during imprint training. She now enjoys her days playing with his kids, sniffing out rabbits and squirrels in the backyard, and eating meals and snacks out of a dog dish.” 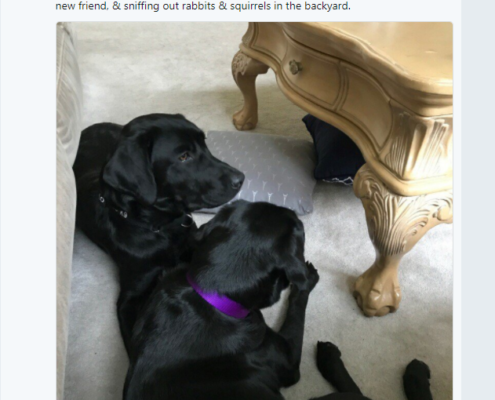 The CIA has stated that they will miss Lulu, but they know that the right decision was made. 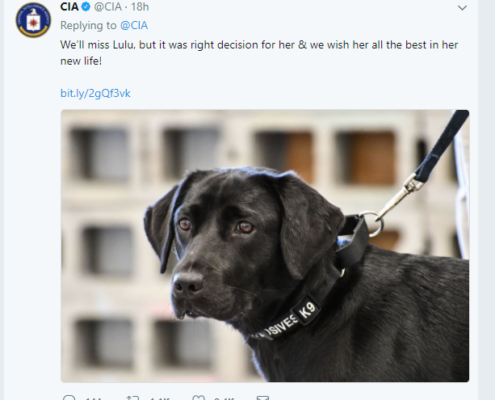 Recently in the news: Someone dumped an emaciated young dog in an alley