You are here: Home1 / News2 / Dogs3 / dog abuse4 / Man who beat his barking puppy has been jailed

A Mexborough, South Yorkshire man has been sentenced to jail for 18 weeks after he was captured on video mercilessly beating his puppy to make it stop barking. According to the Metro, Thomas Miller was filmed by his neighbor after a loud commotion was heard as he kicked his puppy, named Gizmo in the face. Heard on the video were the words:

“Why are you looking at me?,” Miller screamed at the defenseless dog as Gizmo cowered against the wall in the garden of his home.

In January, Miller was incarcerated at Doncaster Magistrates’ Court after pleading guilty to the unnecessary suffering by inflicting blunt force trauma, physical violence and intimidating behavior. His two dogs, Gizmo and Reco were seized by the RSPCA and will not be returned. When reviewing the video, Inspector Keira Benham stated the dog was petrified of Miller. 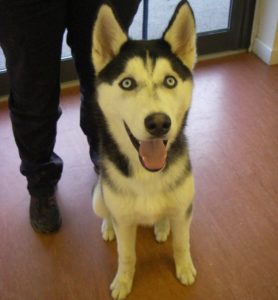 “He knows what is coming as soon as Miller begins to approach him,” stated Benham. “He (the dog) is entirely submissive and crying out before he even kicks him, as if pleading him not to do it, but Miller does it anyway. It’s an utterly disgusting way to treat an animal – let alone a puppy.”

Both dogs will be made available for adoption, and we hope will live happily ever after. Miller was also fined, ordered to pay court costs and banned for life from keeping or owning any animals.

For the strong at heart, the short video submitted to the RSPCA can be viewed here. Disturbing and heartbreaking: 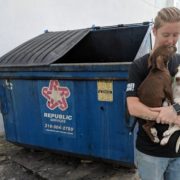 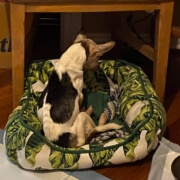 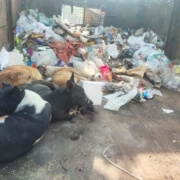 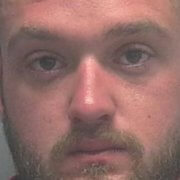 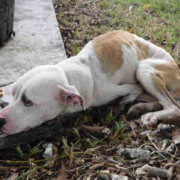 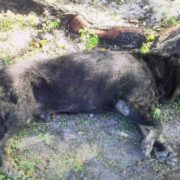 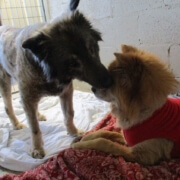 Not one inquiry for bonded seniors – one who is completely blind 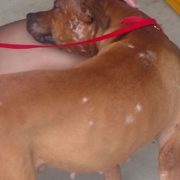