You are here: Home1 / News2 / animal cruelty3 / Man who repeatedly punched and kicked dog charged with a felony 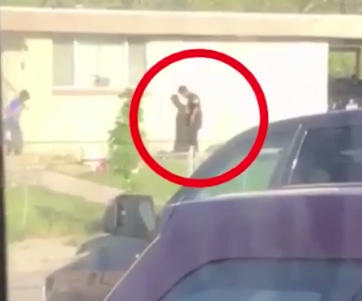 “You gotta be stern,” is what Roberto Guzman, of Magna, Utah, told a reporter with Good 4 Utah News when he was asked about a video which appears to show him repeatedly punching and kicking his pit bull, “Blue.” Guzman claimed that the disturbing, and damning video, which was taken by a neighbor, was taken out of context – he claims that he was merely trying to get a “piece” of a baby bird out of the dog’s mouth.

Guzman’s explanation was not sufficient for him to escape charges – according to KSL News, the 27-year-old was charged with a third-degree felony (torture of a companion animal) on Friday. The dog, who was supposedly just being provided with “stern” discipline from his owner, was discovered to be suffering from eight broken ribs and a broken femur after he was seized and taken to a veterinarian.