A Florida man was shocked, and heartbroken, to find a severely abused dog, with unbelievable injuries, outside of his home. On November 4, Facebook user John Woodford, recounted the terrible discovery he made:

So today was a very bad day..this beautiful german sheppard (sic) appears on my door step and then continued to walk behind my house and lay here to die.

Woodford stated that he gave the ailing German shepherd water, to keep him hydrated, but the dog’s broken jaw prevented him from eating. The jaw was not the only break on the dog’s body…according to Woodford, the dog also had multiple broken toes, knife slashes on his face and body, and maggot-filled gunshot wounds on his face.

Animal control finally arrived to pick up the dog, but the severe injuries proved to be fatal. Woodford expressed his desire to find out who this dog belonged to:

He looked young and had a beautiful coat. He was found in Southport in my yard behind Southport elementary. If anyone has any idea who this poor puppy belongs to or know anyone who lost a German Sheppard (sic) in this area, have them message me so I can tell them their poor puppy was abused and left to suffer.

New today: Too cheap to pay a vet for euthanasia, man decided to drown his dog 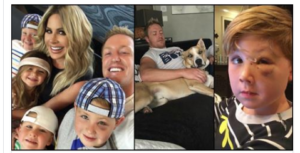 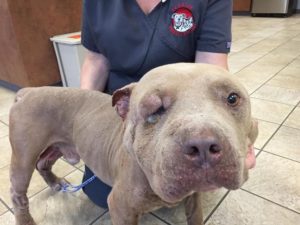 Scared shepherd at animal control – do you recognize her?
Scroll to top