A man in Manhattan, New York has been arrested and charged with animal cruelty – according to the New York Daily News, 24-year-old Zheheng Feng was arrested on Friday for allegedly stabbing his small dog and throwing the dog’s body down an apartment’s garbage chute.

Feng told the police that he was merely defending himself from the 16-pound dog, who he said was acting “irrational.” Feng claims that he stabbed the dog in the chest in self-defense after the dog scratched him – he is quoted in the New York Post with his explanation of what happened:

The dog then started scratching me on my arms so I stabbed it in the chest. Then I threw the dog in a garbage bag with the knife and threw it down the garbage chute.”

The authorities observed “two very small” scratches on Feng’s arms. The cruel incident resulted in the man, who works in finance and lives in a high-rent Midtown penthouse, facing an aggravated animal cruelty charge. He is due back in court on June 7.

A plea to save family of former ‘street dogs’ in Texas – read more here. 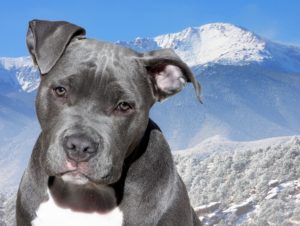 Heartbroken Beagle dumped at shelter to go on vacation but family taking new...
Scroll to top