On Sunday afternoon, the body of a dog who apparently died of heat stroke, was found inside of a parked vehicle in Palm Springs, California. According to the Press Enterprise, the authorities were contacted after passersby noticed a motionless dog inside of a vehicle parked on the 1800 block of Smoke Tree Lane.

The Palm Springs Police Department issued a release about the tragic incident which claimed the dog’s life:

When officers arrived they were met by several hysterical people who immediately took officers to a locked car where a motionless dog was located inside the vehicle.
As the officers arrived on scene they were also met by the vehicle’s owner who immediately opened the vehicle door.
Unfortunately it was too late for the animal as the animal had passed away. The temperature outside was 70 degrees F and the interior of the vehicle was well over 86 degrees. The animal was taken to a local emergency clinic and the animal’s body temperature registered to be 104 degrees.

The man who owned the dog has been identified as 38-year-old Brent White of Palm Springs. White was arrested and booked in the Larry D. Smith Correctional Facility in Banning, CA, on a charge for causing Great Bodily Injury To Animal Left Unattended In Vehicle. 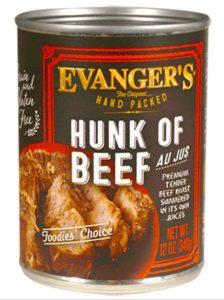 Houston can do better: Grace’s struggle after extreme cruelty
Scroll to top