You are here: Home1 / News2 / animal cruelty3 / Man allegedly stabbed dog to death to avoid taking pet to the pound

A Florida man, just 19 years of age, is accused of stabbing his dog to death to avoid taking the pet to the pound. According to the Bradenton Herald, Joshua Cox stabbed his three-year-old pit bull multiple times because “he could not bring himself to take the dog to the pound and where he’s from when its time to put a dog down he just shoots them.” Unable to shoot the dog, he opted execute the killing with a knife.

The strange explanation was recorded by the Manatee County Sheriff’s deputy who arrested Cox on a charge of aggravated animal cruelty. Cox allegedly stabbed his dog with a kitchen knife early Thursday morning. According to WPTV News, Cox heated up the knife before stabbing the dog.

Cox had received the dog from his parents and decided that the dog had to die after his sister-in-law told him that his pet couldn’t stay with them anymore due to lease rules.

This recent bout of cruelty is not Cox’s first brush with violence – in fact, he has been arrested in the past for pushing a 70-year-old man, and recently, charged for strangling, punching and slapping his wife.

Cox is facing the animal cruelty charges, as well as a charge for possession of marijuana. 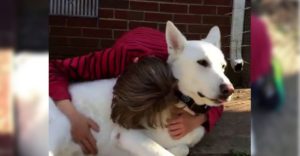