You are here: Home1 / News2 / Dogs3 / Man accidentally shoots wife while killing neighbor’s dog who got... 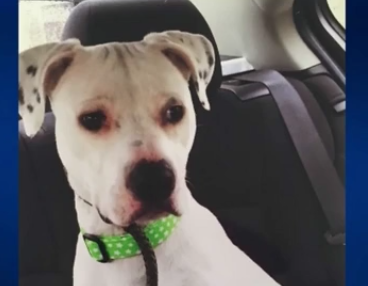 A man in Ogden, New York, accidentally shot his wife while shooting at a neighbor’s dog who got loose from his nearby home. According to a press release from the Ogden Police Department, a couple was walking their own two dogs when a neighbor’s dog got loose and ran at them.

The couple has stated that the loose dog, whose name was Keeno, was attacking their leashed dogs – the man walking the dogs pulled out his own pistol and shot at Keeno. In the fray, one of the bullets his own wife in the leg. Keeno was also killed; the leashed dogs who belonged to the couple were not injured.

A round from his pistol accidentally struck his wife in the upper leg. She suffered non-life threatening injuries and is being treated at an area hospital. The offending dog was also struck and is deceased. There were no other injuries reported. The husband did have a valid pistol permit and was in legal possession of the handgun at the time of the incident.

According to WHEC News, Keeno’s owners have stated that their dog was a friendly therapy dog and they believe that there is more to the story. 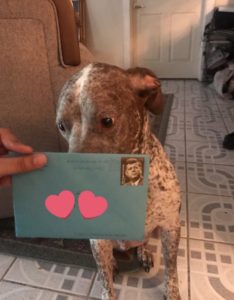 Not up for the responsibility: Family surrenders 15 year old dog to busy sh...