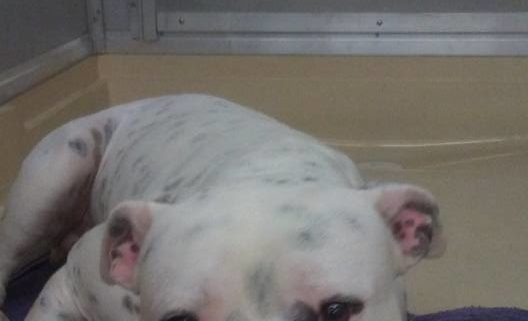 A dog, suspected of being subjected to torturous abuse as a bait dog, has been given a dire warning of “last call.” The dog, dubbed “Fred,” has been at the Miami-Dade Animal Services facility in Florida since January.

On Thursday, one of Fred’s social networking advocates wrote:

Sweet baby Fred was found as a stray with multiple bites on his body. Channel 6 promoted this sweet boy being used as a bait dog . He has since healed up but now he has URI. Now he is last call as in Code Red! Can this boy not get a break

:'( he is sweet, gentle, docile and now just giving up. He needs a rescue or adopter.

After two months, locked away in a lonely kennel run, Fred has given up hope that anyone cares about him – much less that anyone will come to save him from his current situation. Please help turn Fred’s fate around by taking a moment to network his adoption information.

A  starving bear was found in a shed – and “he” had an amazing surprise. Read the story here. 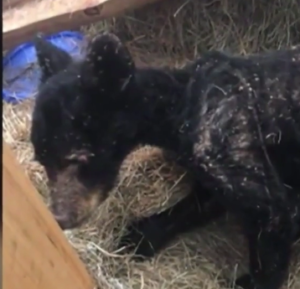