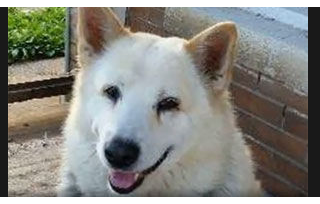 On Monday, the Humane Society of the United States announced the offering of a large reward for information in the animal cruelty case involving the beating death of an elderly dog in Missouri.  Lora Kingery’s 17-year-old dog, “Snowball,” was savagely beaten while tethered to the porch of his home in Excelsior Springs on March 21.

“This savage act shows complete contempt for an innocent creature like Snowball and all the humans who cared for this beloved dog. We hope this reward will motivate someone to come forward so that justice can be served.”

Snowball did not immediately die from the beating – he was taken to a veterinarian for care, but after three days, the injuries proved to be fatal. The Excelsior Springs Police Department is investigating the cruelty case;  Excelsior Springs Police Staff Sergeant Larry Tarrant expressed gratitude for the offering of the $5,000 HSUS reward, “We are very thankful for the generous reward being offered in this case by The Humane Society of the United States. We hope the additional reward will motivate any witnesses, or others with information about this crime, to come forward and provide what they know to police.”

Anyone with information about this case is asked to call the Investigations Division at (816) 630-2000.

The HSUS Animal Cruelty Campaign raises public awareness and educates communities about the connection between animal cruelty and human violence while providing a variety of resources to law enforcement agencies, social work professionals, educators, legislators and families. The HSUS offers rewards in animal cruelty cases across the country and works to strengthen laws against animal cruelty.

The National Sheriffs’ Association and The HSUS launched ICE BlackBox, a free smartphone tool, to allow users to record video of illegal animal cruelty and share it securely with law enforcement for possible investigation and prosecution.

Graphic video serves as a warning for dog owners