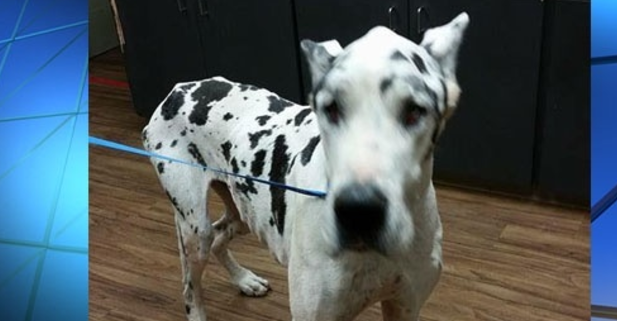 An injured dog, locked in a cage and left in a field, was discovered behind an animal shelter in Midwest City, Oklahoma, last weekend. The dog, a Great Dane, had been left in a field behind the shelter on Sunday – thanks to surveillance cameras, an arrest for the dog’s abandonment has been made.

According to KOKO 5 News, police located and arrested 44-year-old Michael David Scott – the man is facing multi charges, including dog abandonment, driving under suspension, driving with an expired tag and driving without insurance.

KOKO News reports that Scott could face fines and up to 30 days behind bars if he is convicted.

The dog abandoned outside of the Midwest City Animal Shelter is recuperating at a veterinary hospital.