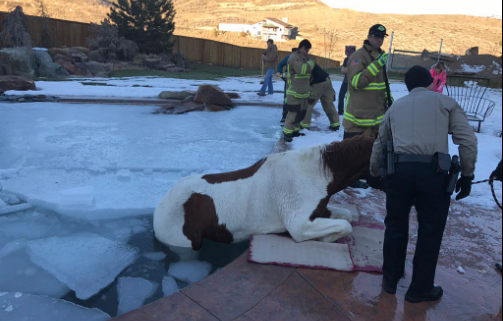 Days ago, a horse named “Lucky” found himself in a frightening situation in Idaho after he got out of his enclosure and his curiosity nearly got the best of him when he wandered away. The horse who went exploring somehow became trapped in a nearby resident’s ice-covered swimming pool late Saturday afternoon, reported UPI.

Not-so-lucky,”Lucky,” was completely trapped in the frozen pool and if not for the help of neighbors and rescuers with the fire department, he may not have survived.

Firefighters with the Eagle Fire Department had to break through the thick ice with a chainsaw in order to reach the five-year-old horse. Eagle Fire Battalion Chief Rob Shoplock, the frightened horse wasn’t receptive to his rescuers efforts in the beginning – he told the Idaho Statesman, ““When we starting moving him, he was not having it — he actually fell down under the water.” 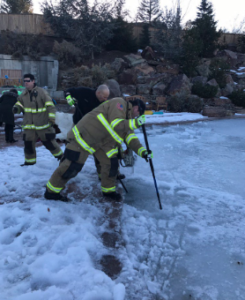 Fortunately, Lucky finally lived up to his name and was freed from the pool – after being warmed up, he was examined by a veterinarian and amazingly, he 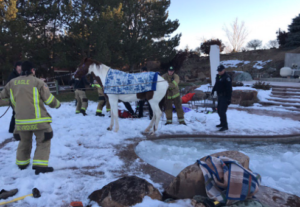 appeared to be okay, despite the traumatizing. and COLD ordeal. 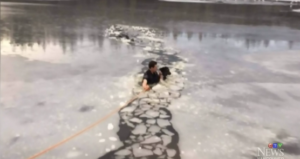 Passenger plane hits a deer on runway
Scroll to top