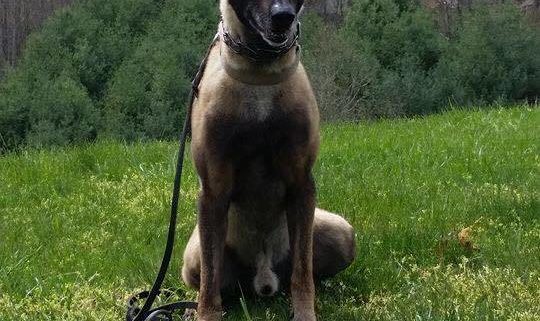 At the end of the year, a K9 with the Yancey County Sheriff’s Office was supposed to retire – instead, the eight-year-old dog’s life was cut short with a particularly cruel criminal act. On July 12, the Sheriff’s Office posted a notice about the incident to its social media page – the dog, a Dutch Shepherd named “Chris,” was shot at his handler’s home.

Chris was an eight year old Dutch Shepherd that was shot this morning at the deputy’s home in the Bald Mtn. community of Yancey County. Chris later passed away due to his injuries at the Reach Animal Hospital in Asheville. This incident occurred between the hours of 8:30 pm and 5:20 am on 7/12/2017.

The Sheriff’s Office is devastated over the loss of Chris, whom they describe as a “beloved member” of their department. A reward of $2,800 has been offered for information leading to the arrest and conviction of whoever is responsible for this heinous crime.

Individuals who want to contribute to the reward money or to the K-9 program can mail a check to: PO Box 6, Burnsville, NC 28714 attention Chief Deputy Shane Hilliard.

A memorial to honor Chris’ life and service is being held at 2 p.m. on July 20 at Mountain Heritage High.

Puppy Island – yes, it’s real and you can even visit! Read more about this special paradise here.

A caretaker, guitar and a baby Rhino will make your heart melt – watch the endearing video here. 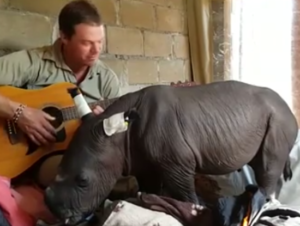 Helen: Stray left lying in heartbreaking little ball on side of road
Scroll to top