You are here: Home1 / News2 / News3 / Homeless pets are kept in this dismal, windowless animal ‘shelte... 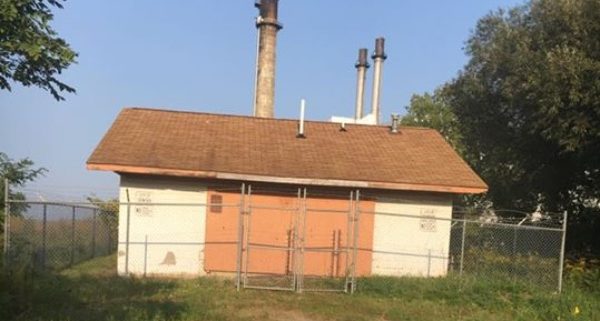 Animal lovers on social media are outraged after learning that homeless pets are being kept in a dismal, windowless animal shelter in Dunkirk, New York. The situation was brought to light late last week by Facebook user Hannah Dompkowski, who stumbled across the structure while headed out for a day of swimming with her friends.

So as we walked around the building we started to hear yelping and howling coming from the building. We only heard one dog and he sounded very distressed. There were no windows on the building. with no way to get to the trapped dog we called the police, they laughed at our concern and said this was indeed an animal shelter.

The officer assured us they had food, but the enclosure was so small and unkept it was very clear it and the animals inside were not well taken care of. the building was so tiny and a dog kept inside all day in the dark is no way for it to live. why aren’t these animals in an spca or a more healthy environment? i’m not sure if there’s anything to do, but if anyone knows of a way to help i would appreciate it. seriously the sounds of the dog inside broke my heart.

WKBW reported that the city’s contracted animal control officer, Steve Purol, assures those who are concerned that the animals are okay – he said,

“They’re not in distress. They hear us out here and they want to go home. They’re just crying. Nobody is hurting the dogs. We do not ever kill a dog here.”

The makeshift shelter, which is actually a converted bathroom facility, is used as a five-day holding pen for stray animals who have been picked up in the area. Dunkirk Mayor Willie Rosas has received calls from people who are worried for the well-being of animals inside of the structure – he said,

“It’s a temporary shelter. I think the conditions are adequate. Are there better places? Certainly there are. If I felt the conditions here were not adequate, then we would stop providing this service here in the city and we would go straight to the SPCA.”

A fundraiser, to better the conditions at this shelter, can be found here. 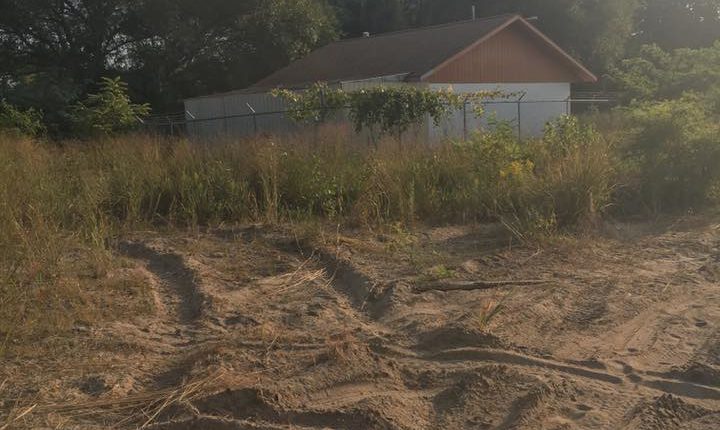 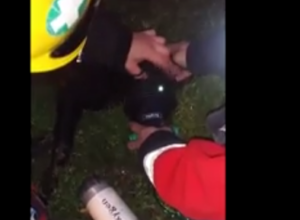 Nothing ‘adorable’ about a cow trying to escape last ride to sl...

A tale of two kitties
Scroll to top