The Hillsborough County Pet Resource Center in Florida is currently under negative scrutiny for the wrongful killing of a dog named Loki. In September 2016, the 8-month-old black and white American Staffordshire terrier was picked up as a stray.  He had a history with the Pet Rescue Center as a dog who had been adopted, returned, then re-adopted before coming back as a stray. In October, he disappeared from kennel reports.

WFLA Channel 8  reporter Steve Andrews interviewed Tamar Barry of Rescue Me Tampa. She stated it was unusual to have a dog just disappear from kennel reports.  As a rescue, they rely on the kennel reports so they can see notes about each dog to aide them in getting eligible, adoptable dogs out of the shelter. Ms. Barry reached out to the Pet Rescue Center director Steve Trebatoski asking about Loki’s status.  He responded via email stating Loki had been euthanized on October 5, 2016, but due to an error it wasn’t entered into the computer until October 6, 2016.

When Ms. Barry asked why Loki was euthanized, there was no response.  Standard procedure at the Pet Rescue Center is to indicate the cause for euthanizing such as an unprovoked bite. Tamar Barry requested to see all of Loki’s records However, not all the records were sent.  Information was purposely withheld.  Ms. Barry demanded all records be released as they belong to the public and the taxpayers who are not only paying to maintain the shelter but for euthanizing the animals in its care.

The full story of what happened to Loki came out in the disciplinary records of former employee Christa Lepisto who failed to follow procedure and as a result Loki was mistakenly euthanized. Pet Rescue Center director Scott Trebatoski issued the following statement to WFLA;

As the only open-admission shelter in Hillsborough County, the Pet Resource Center takes in approximately 20,000 dogs and cats every year. Even though Pet Resources established a best-practice protocol with multiple checks-and-balances to reduce the likelihood of errors, the dog was euthanized in error. Immediately, corrective action was taken with the employees involved. A post-incident assessment was done to determine how this incident occurred. Policies and protocols were assessed and revised with updated procedures now in place.”

He did not address whether the Pet Rescue Center actually withheld public records. Loki didn’t have a chance in his short life. He was adopted, brought back, adopted out again, ended up as a stray then killed for no reason. Apologies, disciplinary action or brushing the truth under the carpet will never bring Loki back. 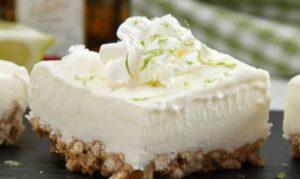 Virginia Tech responds to online petitions against Vick’s induction to...
Scroll to top