You are here: Home1 / News2 / animal cruelty3 / Hikers poke injured wild boar with sticks pushing it to its death off a... 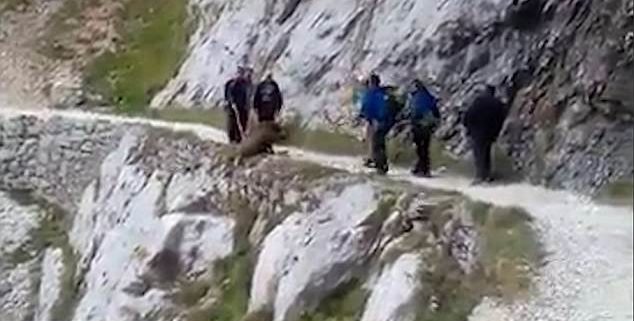 A group of hikers came across an injured wild boar and taunted the animal with sticks before pushing it off a cliff on the side of a mountain in Spain this week. The disturbing incident had been videoed along a popular hiking path on “Cares Trail” located in the Picos de Europa mountain range. 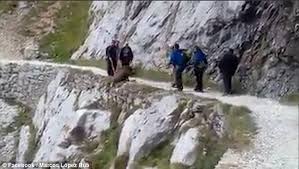 According to the Daily Mail,  the seven men surrounded the injured animal and continued to poke it with sticks until they forced it off the cliff to its death. One of the hiker’s could be heard encouraging his friends to prod it more as the terrified animal inched closer to the ledge of the mountain. And as the animal fell to its cruel death, that same voice could be heard shouting “that’s it” as if congratulating each other for an evil deed well done.

The Civil Guard’s Nature Protection Services has asked the public for help identifying these men. In a recent tweet, they posted:

“Do you know the people who pushed a wild board off a mountain in the Picos de Europa National Park. Made sure it doesn’t go unpunished.”

It will be difficult to determine who the men are, but the public is so disturbed by the apparent cruelty, an all out attempt to bring these men to justice continues to gain interest. Animal welfare organizations have come out against the hikers, but stated the men would most likely only face a fine if arrested. Sadly, the Spanish Penal Code has no animal cruelty protections for wild animals. 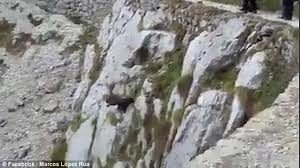 ‘The images are really cruel. What they did was barbaric. We will try to find those responsible so they pay for what they did, because this is a crime and savage and killer behavior.”

Reactions to the video on social media were strong with readers condemning the cruelty as the footage was shared by hundreds of thousands of people:

“I’m more certain every day that we have to disappear so the world can become a better place. Us human beings are a scourge.”

And one more comment by a reader named Marta reflected the thoughts of many:

“I would put these men on the edge and let them fall, but I would hit them on the head before they went over to make sure they didn’t get us again.”

Rest in peace poor animal. “Oh what fools these mortals be.”

Video: Graphic and may not be suitable for all viewing audiences. 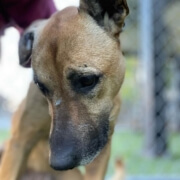 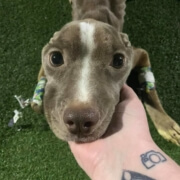 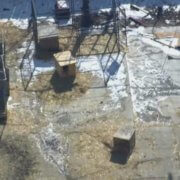 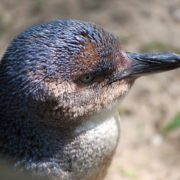 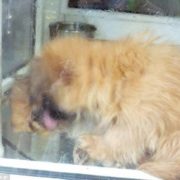 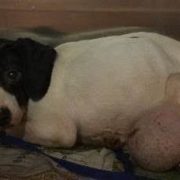 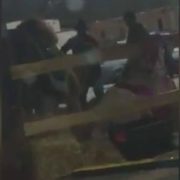 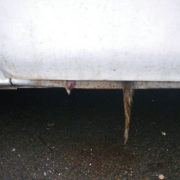 Heartbreaking: Dog’s eyes filled up with tears after being dumped by ...