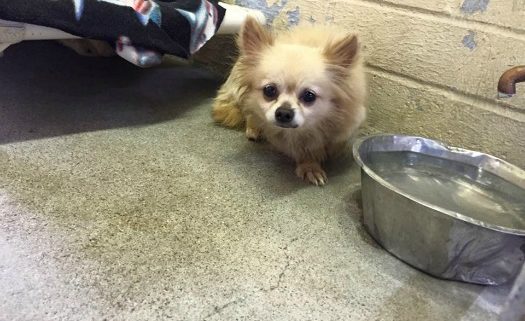 When the rest of the world is bigger than you, and the strangers and noises are overwhelming in a place filled with barking dogs and the clang of metal bowls, who can blame Mr. Jones for his “fear biting”? Such a tiny Pomeranian, all alone and pushed into a strange world – how does he know who he can trust? And so at only two-years of age, Mr. Jones acts on impulse and instinct – “I’m going to fight like hell to protect myself.”

Mr. Jones has been kept in isolation at Downey Animal Care Center. His description is as follows: Animal ID: #A5032784. “My name is Mr. Jones and I’m an approximately 2 year old male Pomeranian. I am not yet neutered. I have been at the Downey Animal Care Center since February 12, 2017. I am available on February 16, 2017. You can visit me at my temporary home at D115.” Phone: (562) 940-6898. A Facebook page for this dog can be followed by clicking here. (Collective descriptions on Facebook can be followed here.)

According to Downey Animal Care Center volunteer, Sal Valdepena, Mr. Jones’ plight is now regarded as desperate, and he quickly needs an approved rescue organization to step up and save him. Because he has shown aggression, the tiny Pom is not able to be adopted by anyone from the general public. Share this little dog’s story with rescue organizations, friends, family and social media contacts. Poor little Mr. Jones deserves better. Several rescue organizations have shown interest, but this dog will likely need a foster home and funding to help him succeed in the future.  Sharing saves lives. Be a voice for those who cannot speak.

Check out his short video and how scared he is: 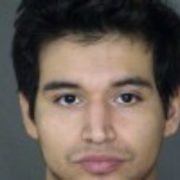 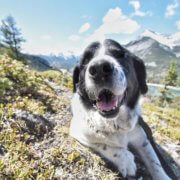 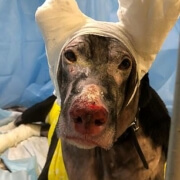 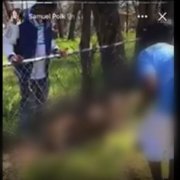 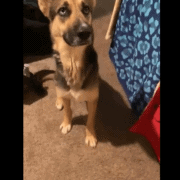 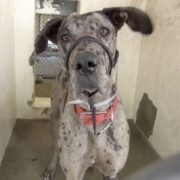 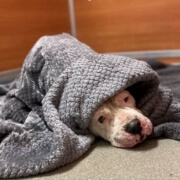