You are here: Home1 / News2 / animal cruelty3 / Hairless puppy abandoned in a bag left out in frigid conditions 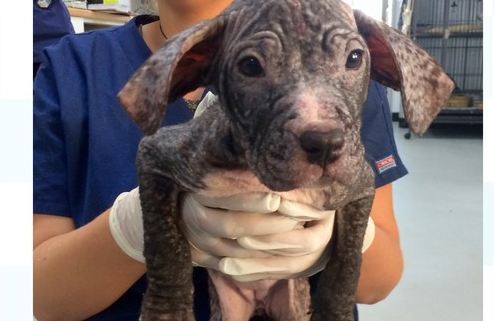 Someone abandoned a hairless puppy in a bag which was left outdoors in frigid conditions. According to ITV News, the puppy, who is suffering from mange, was found on December 28 in a bag which had been left in the woods near Stockton-on-Tees, in freezing weather. 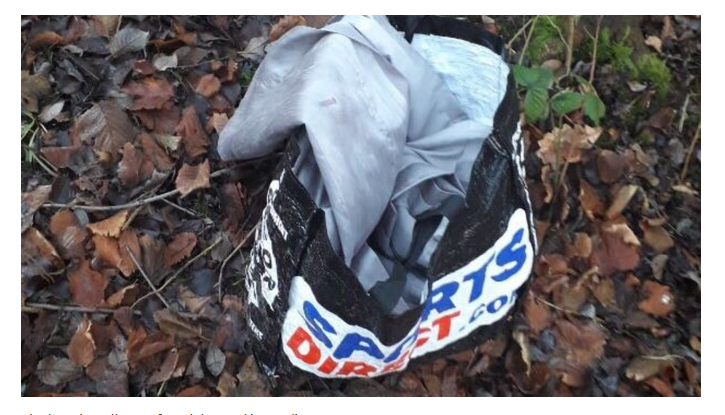 Miraculously, before the unthinkable happened, the 10-week-old puppy was found by good Samaritans who saved her from freezing to death. RSPCA Inspector Kristina Raine filled in the details about the abandoned puppy, who has been dubbed Elle:

“The weather yesterday was freezing at about minus two and today we’ve woken up to five inches of snow so there is no way she would have survived through the night.

She has quite severe mange, a skin disease which has caused the scabs and fur loss. The poor mite looks more like a Christmas turkey than a puppy!

She isn’t microchipped and was freezing cold and hungry when they brought her in. She was found inside the Sports Direct bag which was covered in glitter from Christmas decorations with an old curtain inside.

As she is only about 10-weeks-old, we are also very concerned about the rest of the litter and the other puppies who could be in a similar situation. Someone must recognise this puppy, or have some information about her. I am now urging anyone who may be able to help to contact us in strictest confidence on 0300 123 8018.”

Despite her traumatic ordeal, Elle is bouncing back from being neglected and abandoned, and her sweet demeanor has remained intact. Donations for Elle, and other animal cruelty victims, are being collected by the RSPCA’s Kindness at Christmas Fund.

Couple arrested for leaving dog to suffering outdoors in the cold