You are here: Home1 / News2 / animal cruelty3 / Grievously wounded puppy staggered out of the woods 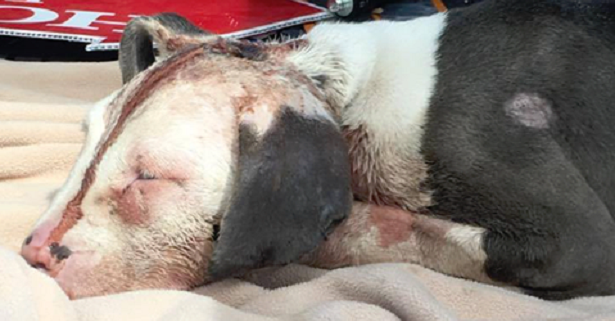 Late Saturday night, a grievously wounded puppy, her body littered with severely infected bite wounds, staggered out of the woods and onto a busy roadway in Port Huron, Michigan. The pup, dubbed “Amari,” was spotted by good Samaritans who rushed her to an emergency veterinarian for care.

Amari is now under the wing of A ReJoyceful Animal Rescue, which updated its Facebook followers about the injured puppy earlier this week:

She was taken to an emergency hospital where it was found she had several large open wounds that had quickly become severely infected. We believe these wounds to be the result of dog fights. The wounds are large, infected and expose bone. Despite the pain Amari is in, she still shows signs of affection- even wagging her tail!

Amari’s condition is grave – in fact, she will likely spend at least two weeks in a veterinary hospital receiving life-saving care for her horrific wounds. According to the Times Herald, Amari wound up in the woods when her former owner thought the pup had died and left her outside of city limits. 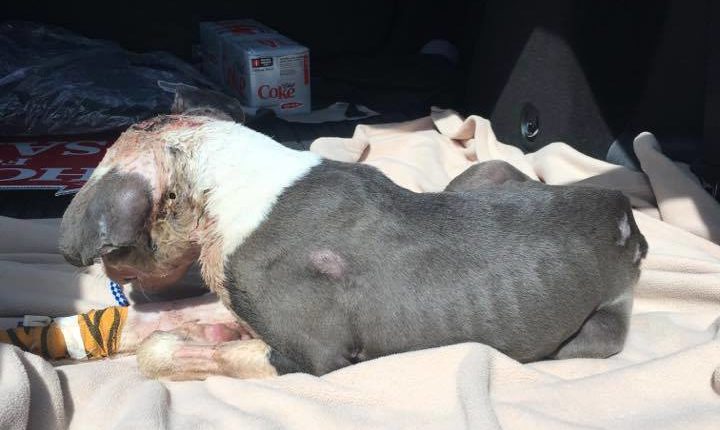 The cost to save this injured puppy is high – in fact, estimates are in the range of $15,000. Click here to read more about how you can help.

An elderly man’s car and dog were stolen – then a stranger saves the day. Read more here.