You are here: Home1 / News2 / Dogs3 / dog news4 / Governor pardons a dog who was sentenced to die 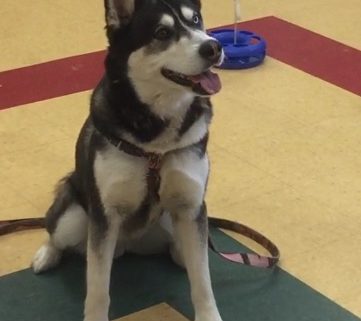 This week, the Governor of the State of Maine issued a pardon to a dog who was sentenced to die. Dakota, a Siberian Husky, had been given the death sentence because she killed a small dog who belonged to her former owner’s neighbor back in 2016, reported the Bangor Daily News.

Dakota got herself into trouble again when she escaped from her owner’s yard again and attacked another dog at the same neighbor’s home – the two strikes were enough to cause Maine District Court Judge Valerie Stanfill to sentence the dog to death for the violent crimes.

Dakota wound up being rehomed before the March 21 death sentence was doled out. Dakota’s former owner had failed to keep the dog confined and she had been picked up as a stray and taken to the local animal shelter. From there, she was adopted to a new owner, who knew nothing about her dark past, reported the New York Daily News.

The dog’s new owners were ordered to turn their newly adopted pet in to be euthanized and after they failed to do so, the Humane Society of Waterville Area wrote a letter on the dog’s behalf – stating that she showed no signs of aggression while in the shelter’s care, and that her new owners were not being given their due process.

Gov. Paul LePage learned of the confusing situation and decided that the dog at the heart of it all deserved to be pardoned from death (Click here to read the full pardon).

Feel free to weigh in on this case – has justice been served? Was Dakota the victim of an irresponsible owner?