You are here: Home1 / News2 / Odd News3 / Fish or human? Police need to ID woman claiming to be a mermaid

Is she a fish, a human, or something in between? A woman, who refers to herself by the name of Joanna, was found this week in Fresno County, California, and she claims to be a mermaid, reported ABC 7 News.

The woman, who was only partially clothed, was wet when she was discovered in the early morning hours, wandering down the middle of Millerton Road. “She was wet, she said she had been in the lake, said she needed help and needed to be taken to the hospital,” said Fresno Police Lt. Mark Hudson. 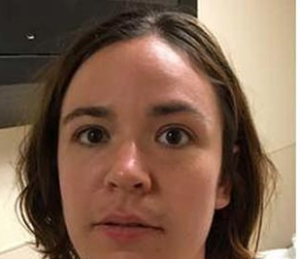 The authorities have not been able to identify the woman by her fingerprints – an odd detail of this rather strange story is a physical characteristic of the unidentified girl – she has webbed toes on both of her feet. It seems to be a rather fishy tail…a mystery that the police hope to solve. Anyone with information about Joanna should call the Fresno Police Department at (559) 621-2455.

Actor saves sickly pup – gets a tattoo to honor her will to survive. Read the story here.