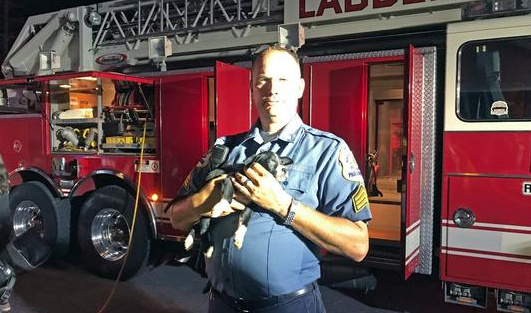 A fiery crash has claimed the life of a woman and several animals at the Brandywine Valley SPCA in New Castle County, Delaware. The driver, identified as  33-year-old Latoya Cooper, apparently lost control of her vehicle shortly after midnight on Sunday, reported 6 ABC News.

The animal shelter has released information about the devastating incident:

Two cats needed emergency veterinary care; one died from its injuries, and the other is being treated for burns and smoke inhalation. Two other cats lost their lives in the fire. The other animals have been relocated to temporary housing and are being examined by medical personnel. A total of 98 animals were moved to other locations, 36 cats and 62 dogs.

“We’re heartbroken to have lost these lives tonight,” said Adam Lamb, BVSPCA Chief Executive Officer. “It could have been even worse if not for the amazing work of the first responders and all the neighbors who worked together to get the animals out safely.”

Early Sunday morning, the animal shelter posted an update on its Facebook page:

A woman lost her life, as well as three cats in our care. A fourth cat remains in critical condition at an emergency vet center. 98 animals are now in temporary housing and being medically assessed. We appreciate the outpouring of support to help during this very difficult time.

The crash damaged the shelter’s veterinary clinic badly enough that it will be closed for an unknown period of time. The reason for the tragic accident remains under investigation.

Donations to help the animal shelter deal with damages are being collected here.