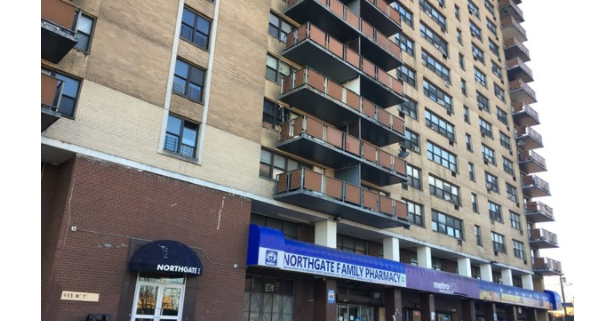 A dog is dead and a New Jersey woman is facing a felony animal cruelty charge for allegedly throwing her boyfriend’s pug-mix from the 17th floor of an apartment complex in Camden. According to NJ.com, 28-year-old Juanita Jones allegedly threw Howie Ellis’ dog, Hazel, to her death on November 30 after a fight.

The accused woman’s boyfriend found his two-year-old dog on the sidewalk, not far from where his car was parked, moments after he left Jones’ apartment. A witness to the horrific incident reported that Ellis was “really upset” after finding his dog on the ground and noted that he had tried to bring her into the apartment complex immediately after find her, but apartment managers denied his attempt.

Jones, who is apparently no longer in jail, is scheduled to appear in a Camden County Superior Court next week.

Interested in following only heartwarming stories? Please follow the Positive Pet Rescue Report Facebook page
Continue reading: Someone left a note with abandoned puppy left in box near school
Recently in the news: Man who threw dog into traffic sentenced to probation
Did you know that if you want to get updates from a Facebook page, you have to do more than just “like” it? To get recent postings in your Facebook feed, you must also hover your mouse over the word “following” and then click “see first” from the drop-down menu. You may want to check back with your favorite pages on occasion because Facebook often changes your settings, no longer having your favorites among those to “see first.”

Sweet old boy, no home of his own
Scroll to top