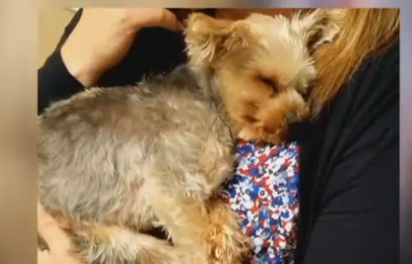 A dog who was stolen from his family in Coweta County, Georgia, was found, but died just a week after being reunited with his family, reported CBS 46 News. Max, a purebred Yorkshire terrier, disappeared after he managed to slip out of his owner’s home.

Thanks to a witness, his owners, Michelle and Patrick Tunnell, learned that a woman had stopped to pick up little Max not far from their yard. Patrick Tunnell is a sheriff’s investigator and he put his skills to work to help locate the family’s missing pet.

Tunnell found a groomer in the area who put him in touch with a woman who had brought a dog matching Max’s description into the business for a grooming session. The Tunnells tracked down the woman who told them that she had bought Max from someone for just $60. The Tunnells also learned that the dog transaction took place an hour after Max slipped out of his home.

The woman who bought Max had specifically chosen a location with a security camera because she knew that she was buying the dog from a stranger and wanted proof of what had taken place in case there were problems down the line…her precautionary measure paid off and the local authorities were able to review surveillance footage to determine that Amber Chunn was behind the dog theft. Chunn is now facing a charge for theft

Though Max was recovered and a woman was charged, the family could not celebrate the recovery of their beloved pet for long. The stress of being stolen and rehomed was so great that little Max died (from stress related issues) just a week after coming home.

Now the Tunnells are advocating that all pet owners ensure that their companions are microchipped (Max wasn’t) to help prevent thwart pet-napping thefts. If Max would have had an embedded chip, the groomer may have picked up on the dog-napping crime right away.

Update on 12-year-old dog who wound up at animal control, rejected by her family. Read more here. 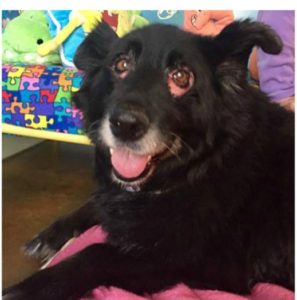 Owner surrendered dog, so badly neglected, she smelled like death
Scroll to top