On Tuesday evening, a family’s beloved dog was shot and killed by an airport security officer in Honolulu, reported KHON2 News. The devastating situation took place around 7 p.m., outside of the Honolulu International Airport.

Leisha Ramos had flown from the big island of Hawaii to Oahu and her two-year-old pit bull, Kaiele, flew with her. Ramos’ boyfriend picked Kaiele up from the cargo area and when Ramos met up with them, the dog was temporarily tied to a nearby tree while the couple loaded luggage into the vehicle. 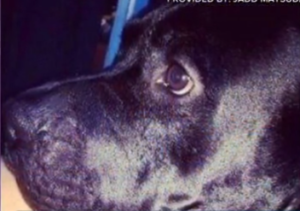 While Kaiele was tethered in the grassy area, a male security officer approached the family – somehow the dog broke free from the chain and the officer shot him in the head before his owner could grab the leash. Ramos is heartbroken over the violent incident which left their dog dead – she told KHON2, “My dog was a good dog. I was sitting on the ground with my dog and my dog was just laying down on grass. He wasn’t even hurting anybody or trying to get to anybody. There was a lot of people on the side saying the dog wasn’t aggressive and he wasn’t. He runs away from chihuahuas. I can take him to parks. I lay my daughter next to him.”

Officers remained at the scene for several hours after the shooting. According to the Daily Mail, the family is considering legal action against the officer and the airport.

What are your thoughts? Was the shooting a knee-jerk reaction to a large, black pit bull being free? Or was the security officer justified because the dog was not fully under control? Please share your comments below. 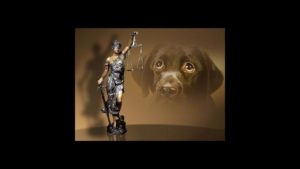 Shelter is completely full – surrendered dog is described as ‘pure...
Scroll to top