You are here: Home1 / News2 / animal cruelty3 / Family of Zeus, who fought to save dog from pit bull ban, has abandoned...

There has been an unbelievable twist in the sage of Zeus, a pit bull who once faced exile because of a Louisiana city’s proposed “vicious dog ordinance.” In 2014, when the city of Moreauville tried to enact an ordinance which would have banned Zeus from remaining with his family, the eyes of the nation were watching as Zeus’ owners publicly fought to keep their “beloved dog” with them – the Armand family even claimed that Zeus acted as a therapy dog to their 19-year-old daughter, O’Hara, who suffered from health issues. 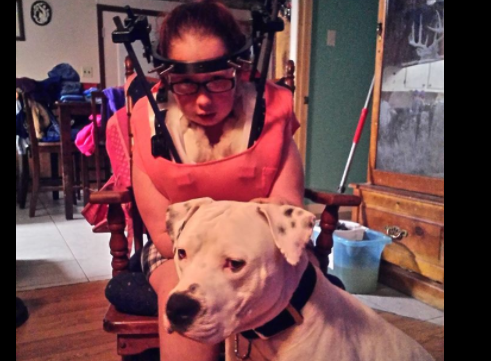 According to Tuesday’s KALB News, the family who petitioned to keep Zeus with them has now abandoned their dog. The news agency reported that neighbors of the Armand family contacted the police after seeing the family move away, leaving their pets behind.

Chief Scott Lemoine with the Moreauville Police Department stated, “It was confirmed about the call we received that they were abandoned. They were given food and water at the time to help them survive.” The Armand family walked away from seven dogs, including Zeus, and two cats. Now the local police are trying to find somewhere for the abandoned pets to go, and neighbors are bringing the animals food and water.

Anyone who is interested in adopting one of these abandoned animals is asked to call the authorities at  318-985-2126.

Recently in the news: Morbidly obese dog abandoned by owners before being rescued by California group

Owners walked out of shelter while terrified poodles going through intake p...