You are here: Home1 / News2 / Dogs3 / Family dog shot and killed after trying to protect woman from violent ...

A faithful family dog is dead in Daytona Beach, Florida, following a violent domestic dispute which took place inside of a home on Old Kings Road on Saturday afternoon.  According to the News Journal Online, the fatally injured dog had turned on 37-year-old William Cox just before the man fired his gun and killed the dog.

The family dog had started biting Cox when the man allegedly began pistol whipping his 31-year-old girlfriend, Candice Hall. After shooting the protective dog, Cox turned his gun on Hall, shooting her in the stomach – despite the injury, Hall was able to flee the house and run to safety.

By the time the authorities arrived to the residence, the dog, and the alleged shooter, were dead. Cox apparently committed suicide. Hall was taken to Halifax Health Medical Center for emergency surgery – her condition was listed as “critical.” 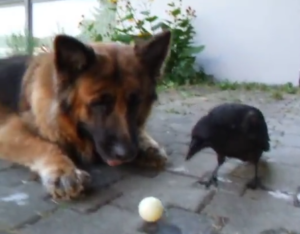