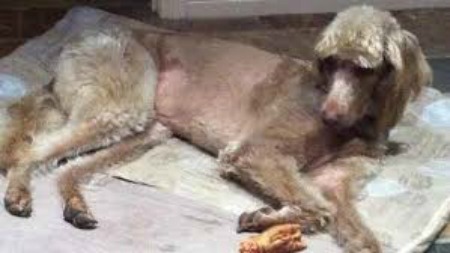 A family is mourning the death of their beloved seven-year-old dog who smashed through a doggy-door in pure fright and impaled himself on a backyard fence in Melbourne, Victoria Australia after a neighbor set off illegal fireworks. Max, a Labradoodle, had been safely contained in the home’s laundry room with his dog pal Kinta, when a family member went out to dinner on New Year’s Eve.

According to the Herald Sun, the dogs had only been alone for less than two-and-half-hours, when the family arrived home to find the doggy door smashed and Max missing. Tragically, the dog was found impaled on the fence in the backyard. As Max tried to jump over the fence, his left leg caught in the fence and when found he was just hanging there – not making a sound.

Neighbors broke the fence to free Max, who was in a state of shock, and rushed him to an emergency veterinarian hospital where his injuries were deemed too severe to survive. Max was humanely euthanized:

“Our family has had dogs all our lives and know that they are up at times,” stated family member Gabriella Lysy, who had along with her brother watching Max for their parents while on vacation. “Samuel knew to give the dogs sedatives; he provided them with a safe environment in the laundry with no access to the outside. Max had another dog to keep him company, there was a TV in the background, and plenty of food, water, treats and toys to keep him occupied. My brother did everything right.”

It is a natural instinct for dogs to be afraid of loud noises. The sound of firework can trigger their nervous systems prompting some dogs to flee. Dogs look to us for reassurance, and experts offer advice to help dogs handle these situations. 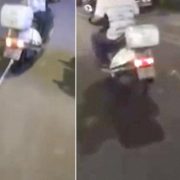 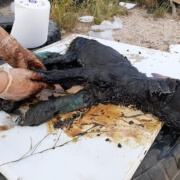 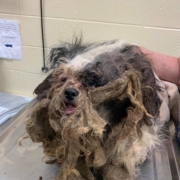 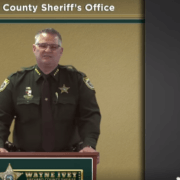 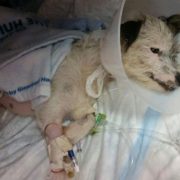 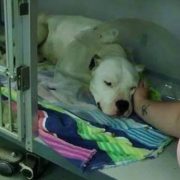