You are here: Home1 / News2 / animal cruelty3 / Family devastated after beloved dog shot and killed by officer during ... 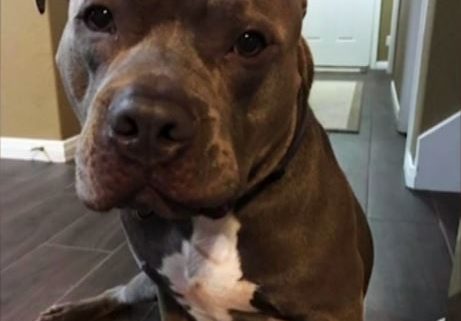 On Friday night, a devastating situation took place during a Missouri City, Texas, family’s backyard party. According to KHOU 11 News, officers with the Missouri City Police Department were called to the Pedregon family’s home to investigate a noise complaint.

People were in the backyard, and so was Chapo, a two-and-a-half-year-old pit bull. According to Chapo’s owner, Lizzethe Pedregon, everyone was having a good time, including the dog, when things turned deadly.

Police claim that they called for someone to restrain the dog – attendees at the party have stated that they heard nothing, until a gunshot was fired. Chapo was killed – the officer who fired the fatal shot claims that he feared for his safety.

Why didn’t they knock first? We would of went inside if we were being loud, we would of shut it down. There were kids around and you just come in shooting? I’m so hurt, my heart hurts. Chapo was not just our dog, he was family!

The family is devastated over the unexpected and tragic loss of their beloved pet – according to the authorities, the situation is being investigated.