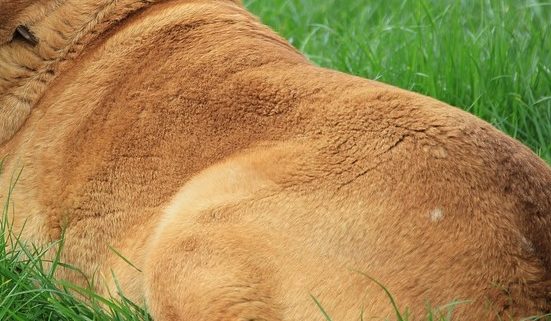 An investigation is underway after a baby boy died in Crosby Township, Ohio. According to Cinncinati.com, the two-month-old baby boy died overnight – his mother claims that the infant suffocated when the family dog sat on him.

The infant has been identified as Haze Goins – he was pronounced dead after being taken to an area hospital. It was the baby’s mother who frantically phoned 9-1-1 just after 3 a.m. to report that the baby was blue and not breathing.

According to the mom, who is not identified, the dog, identified as a possibly pregnant pit bull mix, sat on the infant and caused him to stop breathing. The dog has been taken to the SPCA Cincinnati where she will undergo a veterinary exam.

Mike Retzlaff, vice president of operations at the animal shelter, stated, “Our officer said it was a little skittish, scared, not knowing was going on. It was not aggressive at all.”

In similar news: Two-week-old baby girl died in Ohio after family dog bit her on the head

Authorities investigate after hunter finds dog remains in the woods