You are here: Home1 / News2 / Heartwarming3 / This faithful dog refused to leave the side of her deceased friend 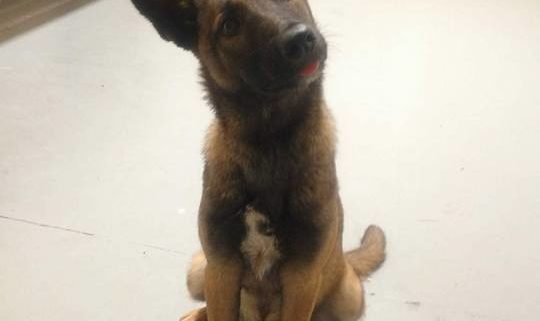 Despite cars whizzing past on a busy interstate in Newark, New Jersey, a faithful dog refused to leave the side of her deceased friend who had already been struck by a passing car. Thankfully, Troopers with the New Jersey State Police were notified of the situation and responded to help save the remaining survivor.

On Thursday, the State Patrol recounted the situation:

Earlier today, troopers from Totowa Station responded to the report of two dogs on the shoulder of Interstate 280 in Newark. Now, for those of you unfamiliar with the area, Interstate 280 is a busy roadway during rush hour, especially in the Newark area. So, the responding troopers were greatly concerned about the safety of these animals

And wrote of the surviving dog’s devotion to her fallen companion:

When they arrived, they searched the area and discovered a German Shepherd lying next to a Pit Bull. Sadly, the troops discovered that the Pit Bull was deceased. With no owner in sight, they knew they had to get the Shepherd off the highway, but she did not want to leave the other dog’s side.

With some persistence, the Troopers were able to coax the shepherd out of harm’s way and she was taken back to the police station where she was offered some water and perhaps, “a quick game of fetch.” 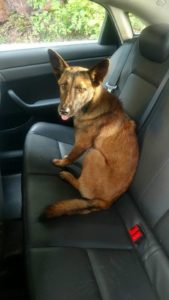 It is currently unknown how the dogs wound up on the side of the highway – Troopers are still investigating. The State Patrol wrote, “We are deeply saddened by the passing of the other dog, but we’re elated that we were able to rescue the Shepherd.”

The rescued dog has been taken in by a local animal rescue shelter.

Polka Dance, puppy with an expressive face and sweet disposition, needs a h...

Update: Charleston man who bound dog’s face with electrical tape up for...
Scroll to top