In an act that can only be described as evil, two teens allegedly set fire to a dog. According to Monday’s Fox News, two teenage girls in North Carolina are being investigated after a disturbing video of the cruel deed surfaced on Snapchat.

The video surfaced on social media over the weekend – two girls are believed to be involved in the terrible deed. One can be seen using an aerosol can for a flame and burning a dog who is on a deck – the other girl presumably was behind the camera recording. According to Fox 8 News, the girls involved are just 13 and 14 years of age and because of their age, the authorities have not released their identity.

The dog was located by the authorities and was taken to the Guilford County Animal Shelter – thankfully, despite some “singed” fur, the dog did not suffer severe injuries. The girls have not yet been charged. 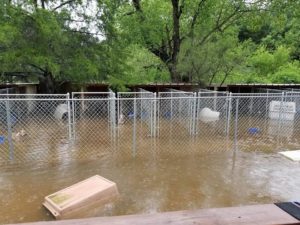