A heartbreaking situation has taken place at New Zealand’s Auckland Airport. According to Friday’s CNN, a puppy in the final stages of training to become a bomb detection dog escaped from his handler and was subsequently shot and killed.

The pup, named “Grizz,” was six months away from graduating – officials stated that they attempted to capture him by using treats and toys, but their efforts failed. Animal lovers have expressed anger and dismay that nobody used a tranquilizer gun to subdue the pup, rather than a gun.

Dog owner wants to warn others after her pet died after eating something on a walk – read more about this sad situation here. 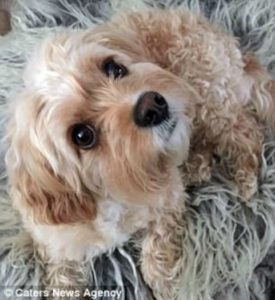