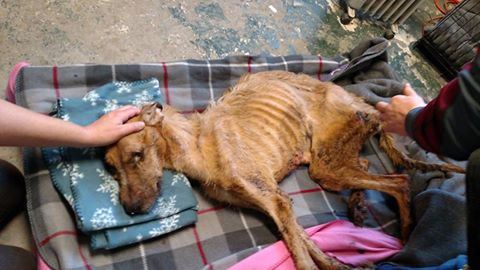 On Monday morning, heartbreaking news was released about an emaciated dog who was found by a dumpster in Tipton, Iowa, on Sunday. The skeletal dog, dubbed “Hope,” passed away just 24 hours after being found.

The badly neglected dog was discovered by a passerby early Sunday morning outside of the Friends of the Animals shelter. Not long after she was found on Sunday, a post was made to the shelter’s Facebook group about the grim discovery:

We are working on saving her we have named her hope she is at the vets office but its going to take a lot of money and stretch our budget very thin for her care this is going to be a long stretch is she makes it. 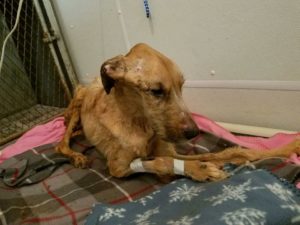 According to KWQC, Hope’s body was covered in urine burns and feces – indicative of her being confined in a small kennel or crate for a long period of time. Though there was promise that the badly neglected dog might be able to pull through, the horrific neglect proved to be too much for her to survive. Anyone with information about this situation is asked to reach out to the Tipton Police at 563-886-2424.