You are here: Home1 / News2 / Dogs3 / Effort to rescue dog who fell down mountain hole has been abandoned 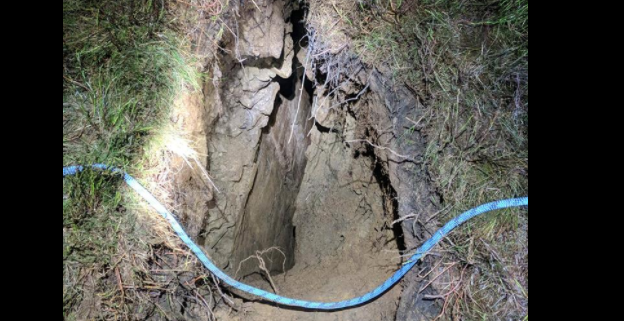 Rescue efforts to save a dog who fell down a mountain hole on Sunday have been abandoned. Rescuers were attempting to reach Tilly, a West Highland Terrier, who tumbled into a mountain fissure beneath Mynydd James Mountain, near Blaina.

On Tuesday, the rescue team from South and Mid Wales Cave Rescue recounted the effort to reach Tilly:

An initial 6m recce down the rift resulted in the haul point being moved 18” to a slightly wider point in the rift. This allowed our small brave team member to reach the bottom of the 8 m rift, but in a very tight slot, unable to turn or bend. Tilly was very close by, but for whatever reason was unable to get out onto the rift floor. She was encouraged verbally, with dog food and with a hooked pole.

Adding the final words which sealed the trapped dog’s fate:

After an extended effort of 20 mins, the tough decision, that there was nothing more we could do, had to be made. Many of the team are dog owners and dog lovers and the decision to end the operation was not taken lightly.

Chairman Gary Mitchell explained why the decision to abandoned the search effort was made to BBC News:

“With solid rock either side, the risk of trying to widen the hole would result in significant amounts of debris falling down on her. This is one of the very few incidents in our 70 years of existence that the outcome is not what we would have hoped for.”

According to a social media post, presumably by Tilly’s owner, the dog is deceased – the post, in part, reads:

Dear comrades.It is with deep regret and remorse to tell you that Tilly has passed away. She died during a most courageous and brave attempt by South and Mid Wales Cave Rescue Team to recover her from the bottom of the shaft crevice on Mynydd James. 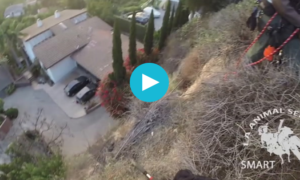