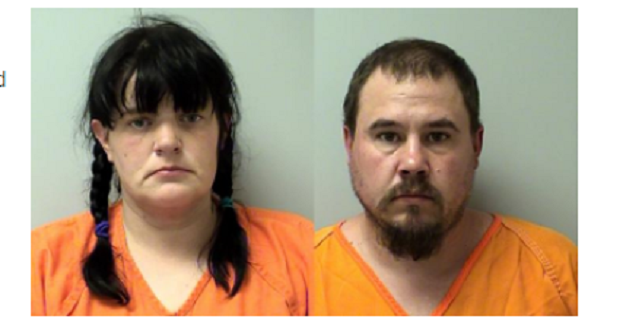 Dozens of animals, some apparently stolen, were found living in squalor at a Wisconsin couple’s residence in Marathon County. According to the Humane Society of Marathon County, the shelter worked hand-in-hand with the local Sheriff’s Department to remove 24 animals, including 20 dogs, three cats and a pig, from a house in the Town of Harrison.

According to WSAW News, the authorities arrested Randy Diels Jr., 37, and 43-year-old Kimberly Lawrence. the couple is facing 20 counts related to the mistreatment of animals. The conditions at the residence were deplorable – according to the news agency, the animals were forced to live in filthy cages that were so small that they couldn’t stand up. One puppy, just three weeks of age, was in such poor condition that it had to be humanely euthanized.

According to the Wausau Daily Herald, four of the dogs found at the residence did not belong to the couple – the true owner has been identified. Diels and Lawrence were booked into the Marathon County Jail.

According to the shelter, the seized animals will be placed up for adoption.

Recently in the news: Morbidly obese dog abandoned by owners before being rescued by California group

Officers follow trail of blood and discovered dog fighting operation in the...

After 15 years, Zeke’s family decided to move without him
Scroll to top