You are here: Home1 / News2 / animal cruelty3 / Dog perishes after being shot in the heart in her own fenced yard 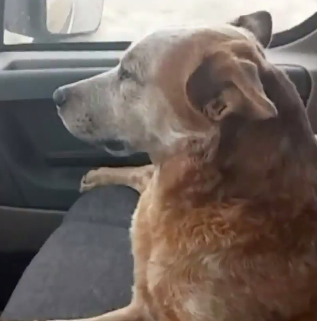 A Utah family’s dog died after someone shot her in the heart while the dog was inside of her owner’s fenced-in yard. According to Sunday’s Fox 13 News, The cruel incident, which claimed the life of a five-year-old heeler named “Jazman,”  took place in Helper on Thursday morning.

Jazman’s owner, Dennis Marshall, is devastated – he told Fox 13 that the slain dog had accompanied him everywhere:

She was my buddy, everywhere I went Jazman went, I lost my best friend, She’s been in 32 different states with me, all on the road.”

Whoever shot at Jazman used a pellet gun – the .177 caliber pellet was found inside of the dog’s heart. Jazman’s owner has no idea why someone would target his dog – noting that she “loved everybody.”

A $5,000 reward is being offered by the Humane Society of Utah – anyone with information about this cruelty case is asked to make a report to the Helper Police tip line at 435-472-3719. 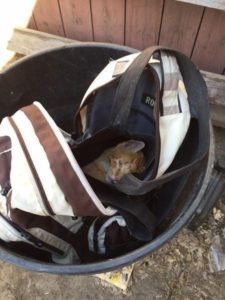 Woman who abandoned 20 dogs and cats in filth banned for life from having any...
Scroll to top