You are here: Home1 / News2 / animal cruelty3 / Dog with legs and muzzle bound in rubber bands found in burning house 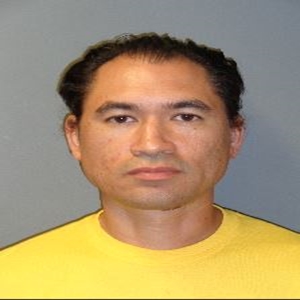 A 37-year-old man in Lompoc, California, was arrested and charged with animal cruelty after his dog, whose muzzle and legs were bound with rubber bands,  was discovered inside of a burning home. The Lompoc Police Department issued a release about the disturbing situation which was discovered on June 6 when firefighters responded to a structure fire.

According to the release, Edward Vantassel, owner of the dog named “Pooh,” was outside of the Crown Circle fire when firefighters arrived – Vantassel told the firefighters that his dog was still inside of the building, on the second floor.

The City of Lompoc recounted what was found inside of the residence:

Firefighters alerted the police department to the troubling situation and an investigation was instigated. On June 13,  an arrest warrant was issued for Pooh’s owner Edward Vantassel.  On 6-14-2017 detectives arrested Edward Vantassel outside of the Animal Control building where he was at for a hearing on Pooh.

Sweet, amazing boy lost home after a week – landlord said he had to g...