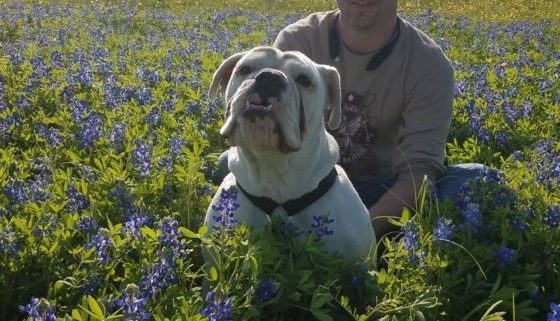 A Texas man who headed to the Houston area to do his part to rescue families stranded in flood waters stemming from Hurricane Harvey wound up losing his beloved dog. According to Fox Houston, David Scherff and his bulldog “Frank,” went to Katy to do what he could to help the residents who were in trouble.

Scherff told Fox Houston about the surreal situation he encountered upon his arrival:

“We met up with a friend of mine, got the boat, went to Houston. We started doing what we could. It was unreal. Everything was underwater, raining real hard. Time was of the essence when we got there. It really was.”

In the midst of helping, the boat that Scherff and Frank was on stopped with a sudden jolt after hitting something in the water – Frank was thrown overboard and disappeared. The worst was confirmed when Frank’s body was found, after extensive searching, days later in the same area where he was thrown out of the boat.

A memorial fundraiser has been created in memory of Frank – click here to read more.

Recently in the news: Manatees stranded by Hurricane Irma

Manatees get help after being stranded by Hurricane Irma

After Hurricane Irma, zoo confirms that animals are okay
Scroll to top