You are here: Home1 / News2 / Heartwarming3 / Depressed after losing her puppies, pooch finds solace in 3 stuffed an... 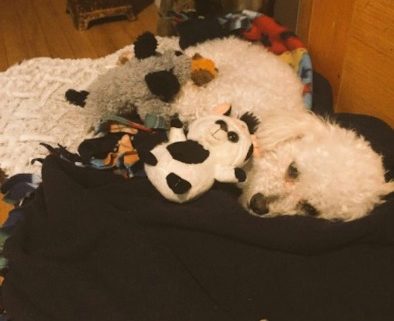 Twinkle lives in California and was rescued just a few months ago by 18-year-old Xavier Hernandez who later found out his dog was pregnant. Sadly all of the puppies died during birth, leaving Twinkle grieving for her babies, but three tiny stuffed animals have helped to fill the void. 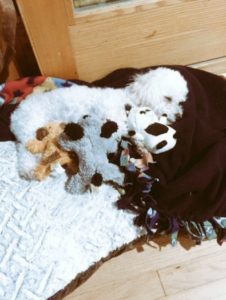 Twinkle’s sadness was so heartbreaking, her new family just needed a way to help her cope, so Xavier’s mother went to the store and purchased three little stuffed animals hoping that would comfort her. And it worked. On Twitter, photos were posted showing Twinkle treating the soft little toys as if they were her own babies.

“She didn’t do anything without them and wouldn’t let anyone touch them,” Xavier told BuzzFeed, and when he shared the photos on Twitter, people became emotional and shed tears knowing how much the loss of her puppies affected her.

No doubt dogs have emotions and can mourn the death of a another family dog, a human companion or their babies. What to do in each case is a decision for the dog’s owner, but experts suggest to take her for frequent walks, give her a special toy and spend time with her. 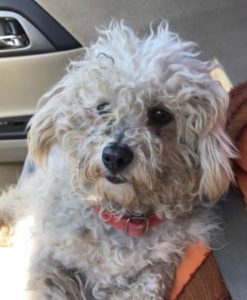 Be involved in what she likes to do, and hopefully her emotional pain will start to ease within a week or two. If that doesn’t help, take your best friend to the veterinarian – sometimes there are temporary medications to help dogs just like Twinkle wag their tails again and love their lives.

Great dog parents you are Xavier and mom! Hoping the best for Twinkle. 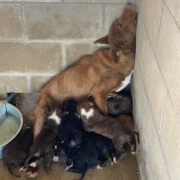 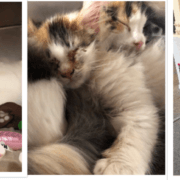 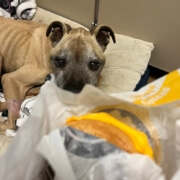 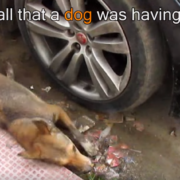 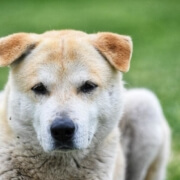 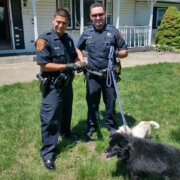 Above and beyond: Suffolk County police officer and town employee rescue 2 dogs from house fire 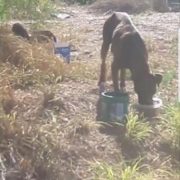