You are here: Home1 / News2 / Dogs3 / Death and tragedy after backyard mauling in Texas 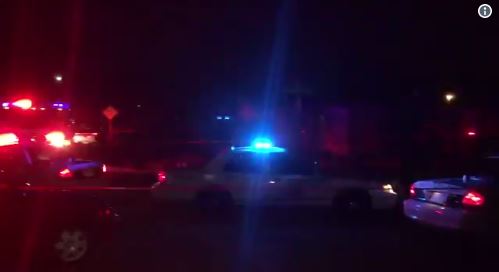 A young boy and four dogs are dead after a tragic incident which took place late last week in the backyard of a residence in El Paso, Texas. A four-year-old child, identified as Jacob Brooks, was left by his mother in an enclosed trampoline in the family’s yard on Thursday evening – the boy was reported to have been left alone with four of the family’s dogs.

According to Monday’s KVIA News, the dogs turned on the boy and by the time help arrived, he was dead. The dogs involved in the mauling, three shepherd mixes, and a pit bull, have since been euthanized.

The local authorities released information about the tragedy, “The child had been left by his mother in an enclosed trampoline in the backyard where there were four dogs.” Neighbors in the area are stunned by the boy’s death, but at least one person claimed that the dogs at the house are “aggressive.”

The boy’s mother, who has not been named, was placed in protective custody and taken to an area medical facility.

On Tuesday, KVIA News released a statement from the boy’s aunt. The statement reads in part:

“Our family has been devastated by the tragic, unexplainable death of Jacob Brooks.  Jacob was a beautiful, kind, intelligent little boy. He was loved by many and our family will never be the same without him. There have been statements trying to place blame of the accident on mistreatment of the dogs, but this is coming from people who have no knowledge of the situation.  Although the dogs were large breeds, they were indeed pets and had not shown aggressive behavior before around any of the family.”

Left for dead in 112-degree heat, Paloma fights to survive

2-week-old puppies screaming in pain ‘dumped’ at Georgia vet of...
Scroll to top