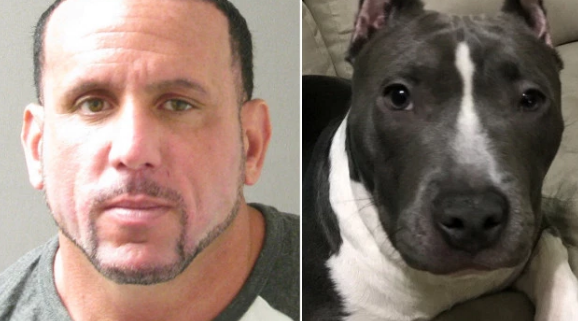 An Army veteran, who suffers from PTSD, was ambushed outside of his Bronx, New York, home by two men who stole his service dog. According to the New York Daily News, the incident took place on the morning of May 14 at Valentine Ave. and East 194th St. in Fordham Manor and it was captured on surveillance video.

The victim, 40-year-old Robert Lebron, was hit multiple times in the head after one man jumped him from behind – his eight-month-old pup, a pit bull named “Mala,” was taken away by the men, reported the New York Post.

The disturbing incident was apparently carried out by at least one person that Lebron knew – police were able to identify one of the suspects as Brian Cohen – an ex-boyfriend of Lebron’s wife.

Lebron is devasted over the loss of Mala – he told Pix 11, “What she gives me I can’t get from someone else: not a therapist or a family member or my friend. He added, “it’s unconditional love.”

Anyone with information about Mala’s whereabouts, or this case, should call  \Crime Stoppers at (800) 577-TIPS.

Dogs thrown from parking tower at hospital
Scroll to top