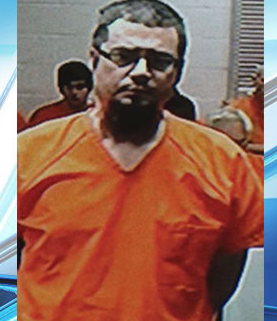 A man in Polk County, Florida, is accused of crazy behavior which left a mother fearing for her life. According to WFLA News, Kristina Fuller was followed by a man after dropping her daughter off at school on Thursday morning.

Fuller noticed that the man behind her, identified as Howard Van Sweringen, was following her every move as she drove away from the school. Sweringen’s stalker-like behavior grew more worrisome and strange when he allegedly got out of his vehicle while she was stopped at a red light and then proceeded to throw a dog at her. Fuller recounted the bizarre encounter,”“He got out of his vehicle, came up to my window and threw his dog on me. I thought it was going to bite me or something so I tossed the dog back at him. He got back in his vehicle and started hitting my truck, trying to push it into the intersection.”

Fuller called the school resource officer and reported what was happening – she drove back to the school and the officer was waiting for Fuller, and her apparent stalker. Upon questioning, the man first claimed that he knew the woman that he had been following, but later admitted that he didn’t know her, but wanted to talk to her because “she was pretty.”

Sweringen is facing several charges for the crazy encounter, including aggravated battery for ramming Fuller’s truck, and also trespassing on school property (it was determined that he did not have a child attending the school where he first encountered Fuller).

The dog who was thrown did not get injured – another family member picked the dog up.

Adopted dog is so grateful of his new mom – read more here. 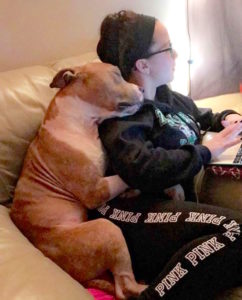