A brazen thief didn’t bother waiting for the cover of darkness to steal a dog out of his owner’s driveway in Fort Bend County, Texas.  According to Monday’s Click 2 Houston News, the man grabbed the two-year-old husky, named “Fox,” on Saturday afternoon and dragged him to his van.

Surveillance video captured the disturbing scene and it shows that the dog being pulled away was unhappy with that he is being taken away by a stranger. The dog’s owner, who hasn’t been named, is heartbroken because she can see on the video that her dog was trying to do anything that he could to avoid being pulled away from his home, and into the waiting van.

The brazen theft has been reported to the authorities. Anyone who recognizes the man, or the van, or who has information about this crime, is asked to call the police. 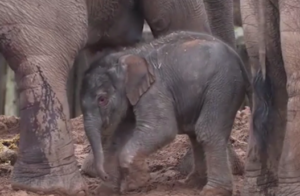