You are here: Home1 / News2 / animal cruelty3 / Body of tortured dog found inside of abandoned house

A grim discovery was recently made inside of an abandoned house on Detroit’s east side. According to Thursday’s Fox 2 News, the body of a dog, described as a shepherd mix, was found hanging from a hook inside of the otherwise vacant house.

Theresa Sumpter, founder of Detroit Pit Crew Dog Rescue, told Fox 2 how the horrific discovery has impacted her emotionally, “It’s heartbreaking. It made my stomach turn. It made me cry. It makes me have nightmares.”

The smell inside of the abandoned house was so foul that there were fears that other dogs might be dead inside as well…no other bodies were found, but there was evidence that dog fighting may have taken place behind the closed doors and shuttered windows of the brick house.

The rescue group wants to know who is responsible for the heinous act of cruelty – they may have a lead. The rescue group told Fox 2, “We know for a fact that this person served time previously for animal abuse and he was released in early April, so yes we do believe that he is involved in this.”

On Thursday, the non-profit posted graphic images of the dog who died after being tortured – the agency stated:

WARNING……. EXTREMELY GRAPHIC. We are posting these pictures now of the dog that was hung and tortured because we want everyone to understand the importance of providing information so that the people who did this can be punished. No Dog should have to suffer this way. 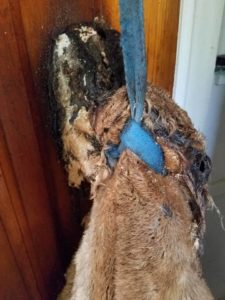 Information is being sought about this animal cruelty case. Anyone with information is asked to call: 248-906-9022.

Devastated face of dog who has been left behind – read more here. 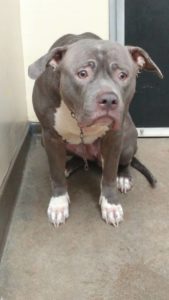 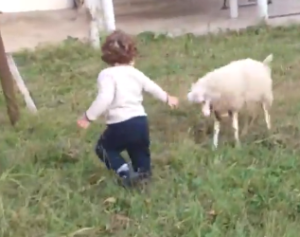 Cruelty investigation underway after healthy puppy returned to shelter near...

Owner reclaims one of two dogs from shelter and plays with other, but leaves...
Scroll to top