You are here: Home1 / News2 / animal cruelty3 / Bodies of abandoned puppies found on road – not far from animal ... 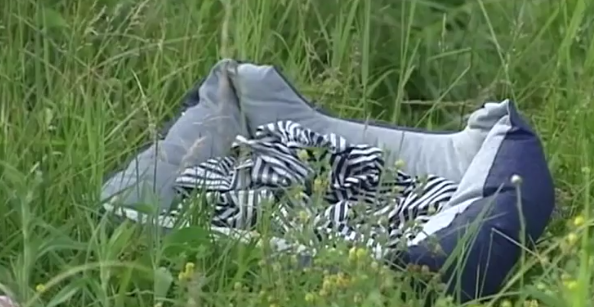 Someone abandoned two puppies along a rural road in Gallatin County, Kentucky – according to Sunday’s WLWT News, a woman made the heartbreaking discovery when she stopped to investigate after seeing a discarded dog bed off the side of the quiet road.

The bodies of two badly mangled puppies were inside of a box, beneath the dog bed on Spencer Road – tragically, whoever chose to abandon the innocent puppies did so not far from the Gallatin County Animal Control. Had someone made the effort, the puppies would have been cared for and had the chance to be adopted to a new family.

But abandoned and left to fend for themselves was the heartless fate the puppies faced, and wild animals apparently killed them before anyone noticed them discarded alongside the road. The Gallatin County Animal Control would like to find the person responsible for the cruel deed, but there is little to go on.

If anyone has information, they are asked to reach out to the local authorities or the animal control agency.

Old and too afraid to get out of her bed, does that mean Spammy should die in...
Scroll to top