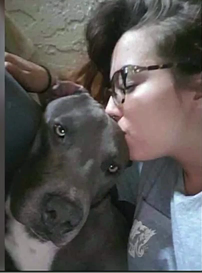 An Arizona man, who took it upon himself to “euthanize” his neighbor’s injured dog, has been arrested and he is facing a charge of felony animal cruelty, reported AZ Central. Kym Jesus-Garcia’s three-year-old pit bull, “Beau,” escaped from her Phoenix area home last Sunday with the family’s other dog while Garcia was away – while the dog was wandering, she was struck by two vehicles.

Witnesses told Garcia that the injured dog was able to get back to her front porch with the help of the family’s other, uninjured dog – other neighbors gathered around to try and help Beau, but one man, identified as 49-year-old Ivan Lawrence, decided that Beau was suffering and that she needed to be put down. 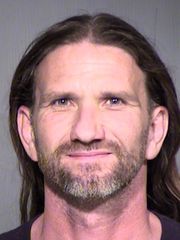 Against the desire of the other bystanders, Lawrence got a sledgehammer and hit Beau twice in the head, ending the dog’s life. Witnesses have stated that the dog was going to be taken to an emergency veterinarian for care and that Lawrence refused to let them – in addition to the felony animal cruelty charge, he is facing a charge for failure to render aid.

Lawrence was booked into a Maricopa County jail – he maintains his innocence, claiming that what he did was done out of mercy for the suffering dog.

Prior story about this situation here.

Woman’s dog killed at animal control – the dog’s death is being blamed on a miscommunication. Read the heartbreaking story here. 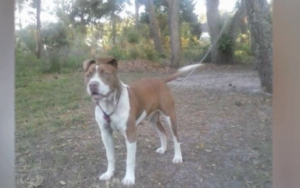