You are here: Home1 / News2 / animal cruelty3 / Another dog dead after hunter makes a mistake 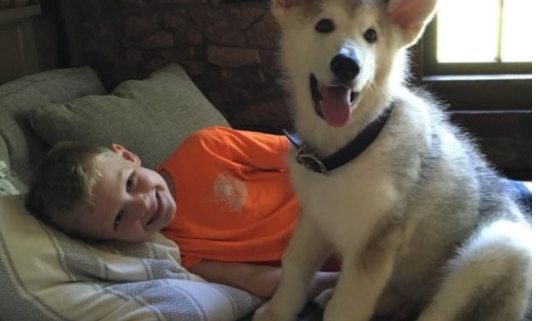 Another family dog is dead after a hunter mistakenly believed that he was a wild animal. On Monday, a therapy dog named Kaoru was shot at point blank range in front on her owner while they were on a hike in British Columbia and now, an Alaskan shepherd named “Tonka,” is dead in New Jersey after a hunter claimed to think that she was a coyote.

According to NJ.com, Tonka was killed with a crossbow arrow near her owner’s property line. Her owner, Elizabeth Mongno, recounted on Facebook what happened:

Yesterday, Tonka was walking to the house with me and must’ve seen some deer in the woods (there is a small section of woods adjacent to our property and connects a few properties). I was following him and loudly calling him back, but we was happily chasing the deer. He has done this before and comes back 30 secs later). This time, he didn’t make it back. One of our neighbors, unbeknownst to us, had given a relative property to deer hunt. A man saw Tonka running. Tonka stopped, probably about to return home, and the man shot and killed Tonka with a cross bow.

Though the hunter, identified as Romeo Antonucci, claims that he believed the dog was a coyote, Tonka’s owner isn’t buying it. Her dog was wearing a collar, is larger than a coyote and is mostly white.

By law, hunters are allowed to shoot coyotes – whether or not this person will face any charges is unknown.

A tale of two kitties